WhyArts, founded in 1990, is dedicated to providing Omaha’s underserved populations with access to inclusive quality arts programming. The organization contracts with professional teaching artists to conduct workshops, residencies and activities in the visual arts, theatre, dance/movement, music, the spoken word, literature, storytelling and animation. It also builds original arts programming for nonprofits, schools, social service agencies and others that enriches their missions and curriculums, and advocates for the arts by sharing best practices at local, regional and national trainings and conferences.

WhyArts does not and shall not discriminate on the basis of race, color, religion (creed), gender, gender expression, gender identity, age, national origin (ancestry), disability, marital status, sexual orientation, citizenship status, veteran status, political affiliation or economic status in any of its programs, activities and employment. We are committed to providing an inclusive and welcoming environment for all of our partner organizations, artists, volunteers and staff. 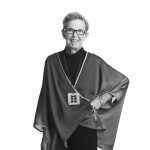 Carolyn Owen Anderson has served as the director of WhyArts since 2000. She received her undergraduate degree from Northwestern University, her master’s degree in agency counseling from the University of Northern Colorado, and her Ed.S. in school psychology from the University of Northern Colorado. Anderson is a member of the board of directors of No More Empty Pots and the Nebraska Writers Collective. She has 5 children and 12 grandchildren. 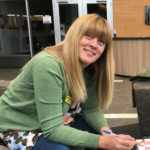 An Omaha native, Stephanie Anderson first began working in local theaters at age 8 in the Omaha Community Playhouse’s first production of A Christmas Carol. After studying dramatic arts at the University of Nebraska-Lincoln, she worked with many local theaters, including the Rose, the Circle Theatre, SNAP productions and the Blue Barn. As a teaching artist for WhyArts, Stephanie enjoys working with all populations, helping individuals discover and unlock their creativity and confidence. As program coordinator, Stephanie works closely with the executive director to develop and implement new programming for Alternative Curriculum Proram (ACP) classes in area elementary, middle and high schools, and fresh, relevant workshops and residencies for all of the populations WhyArts serves. 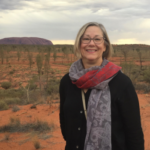 Kim Jubenville has been with WhyArts since its early days. She is a noted professional actress in the Omaha area and holds a degree in acting from Gustavus Adolphus College. She is passionate about all of the WhyArts populations and also continues to serve as an active teaching artist. As school program director, she focuses on developing curriculum and programming in all WhyArts after school venues. Kim also works closely with the WhyArts teaching faculty – scheduling them in more than 1,500 workshops, training them in aspects of classroom management, and evaluating and encouraging their job performance. She also fosters and maintains WhyArts relationships with the coordinating agencies and schools using WhyArts services. 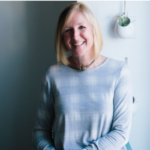 Teresa Gleason is the owner/founder of Polecat Communications, which specializes in providing artists, nonprofits, small businesses and others with the communications content and promotional services they need to reach their full potential. The company also manages projects if a client wants to try something a little outside its reach and doesn’t know how to pull it all together. Gleason is a former southwest Iowa newspaper reporter and editor with more than two decades of communications and public relations experience in the Omaha metro.

WhyArts-Promo from WhyArts? on Vimeo.