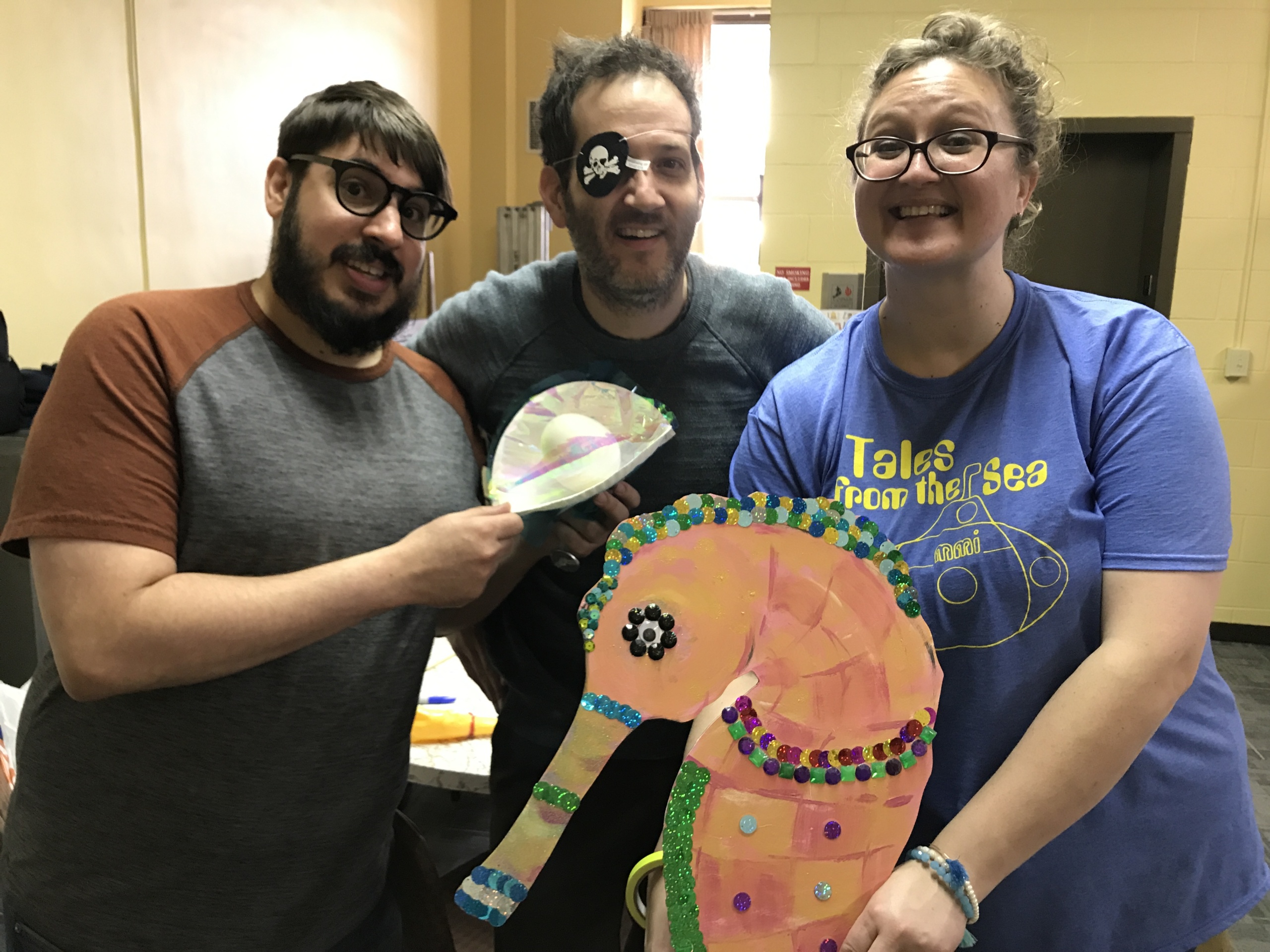 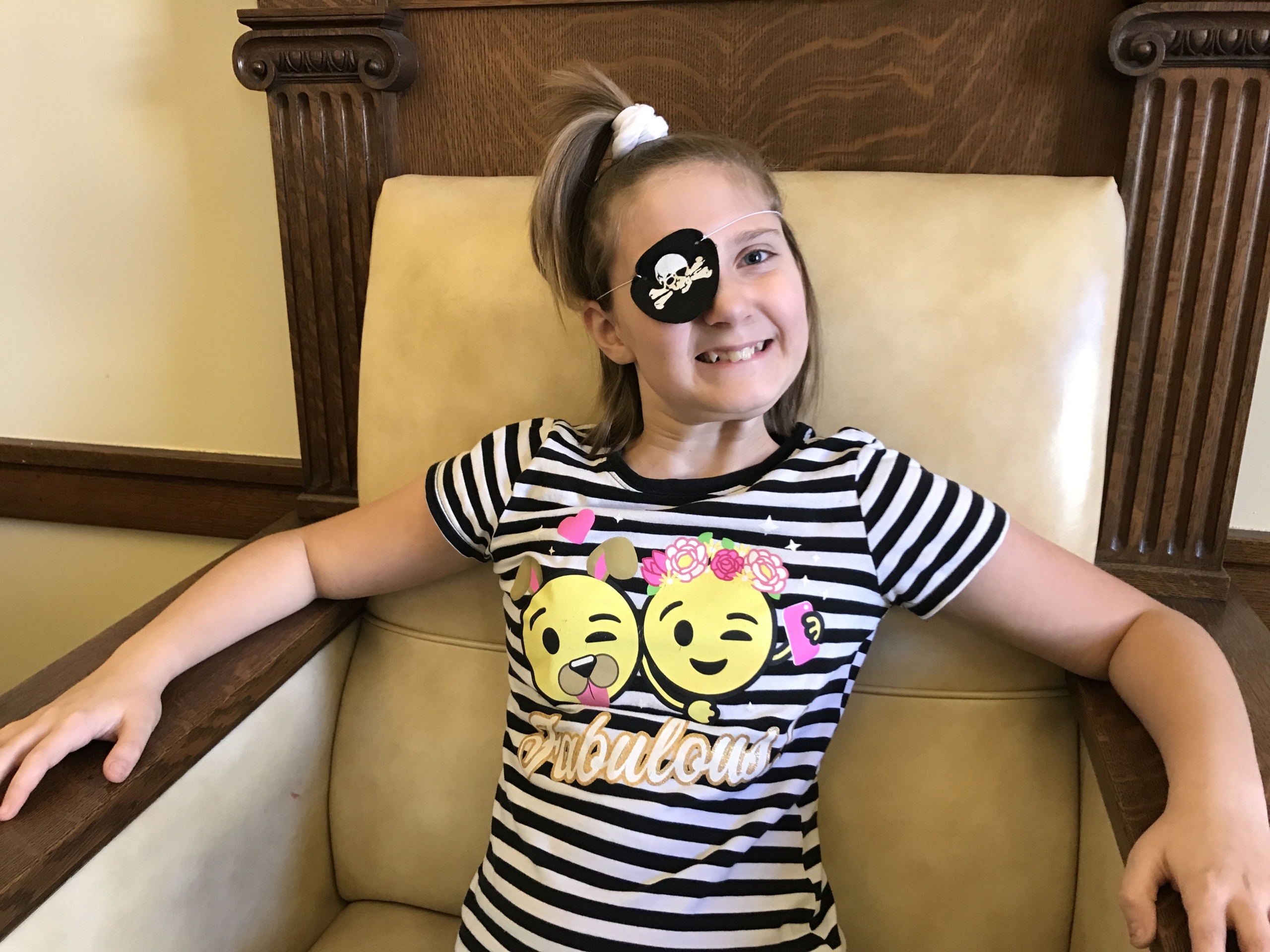 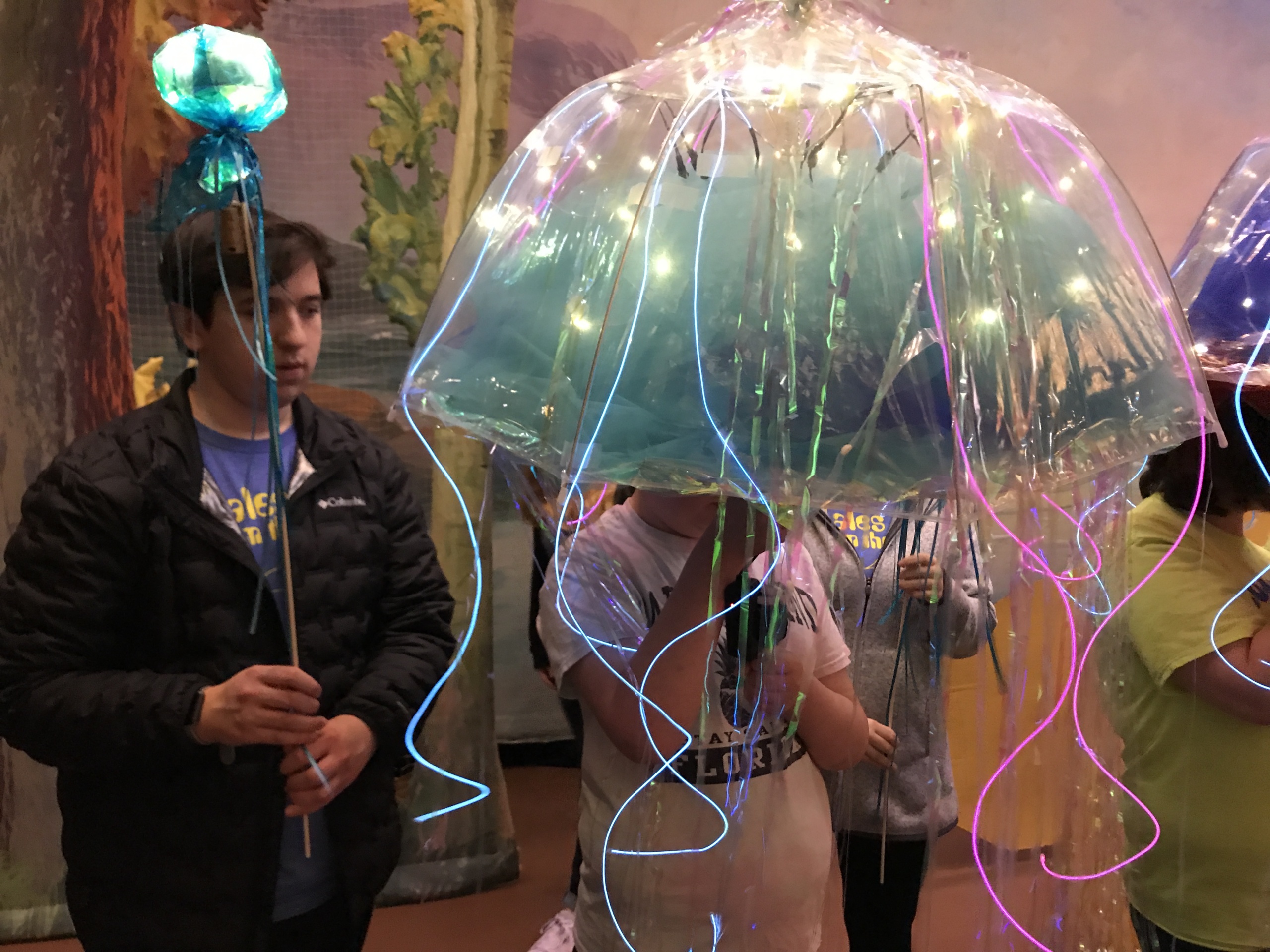 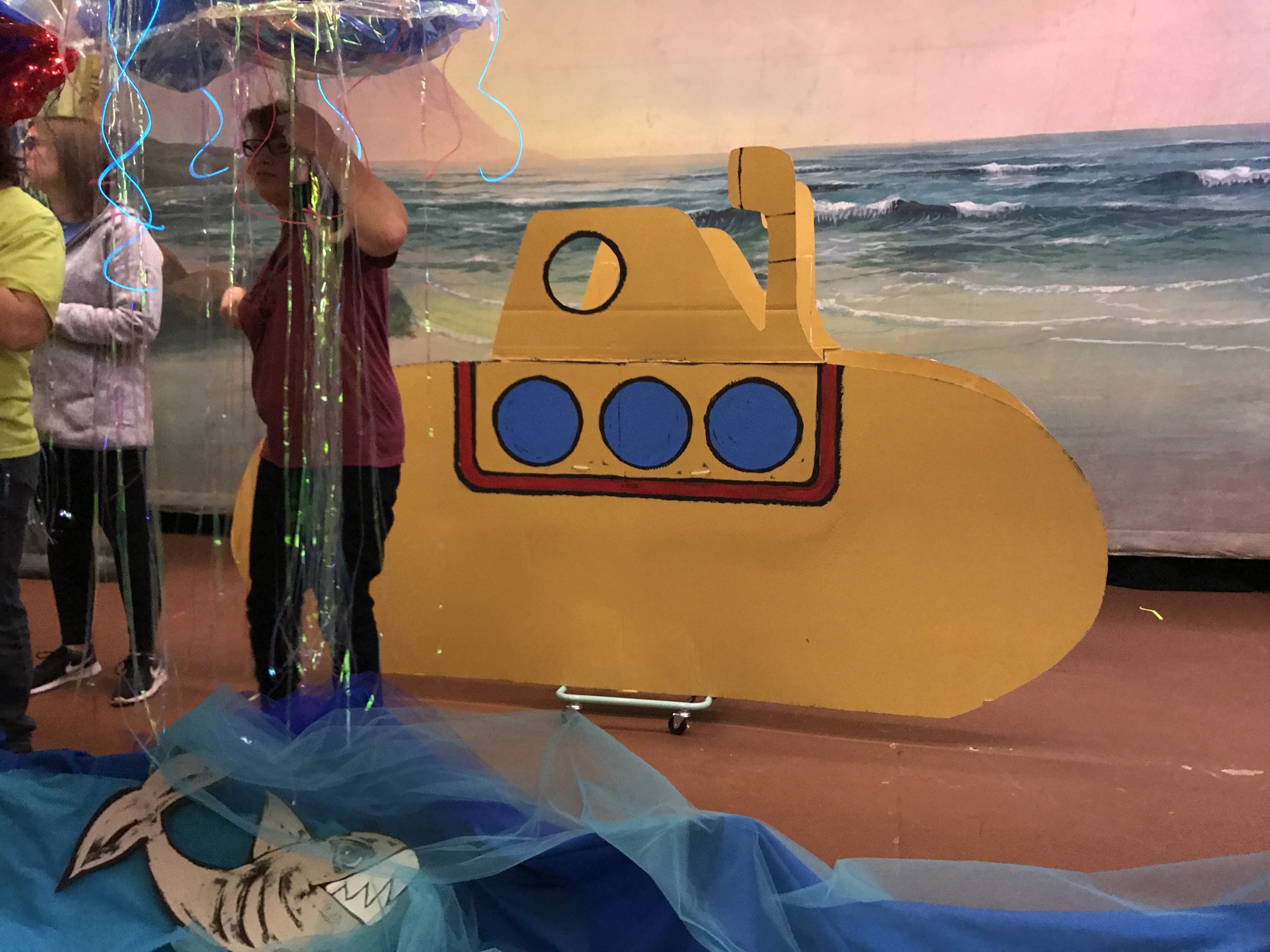 Brightly colored schools of fish. A yellow submarine the Beatles would be proud to call their own. Jellyfish that emitted neon squiggles of light.

WhyArts teamed up with the Munroe-Meyer Institute (MMI) at the University of Nebraska Medical Center to present “Tales from the Sea” Jan. 4 at the Scottish Rite Masonic Center in downtown Omaha. The Camp Munroe Theater Company production marked the culmination of the partnership’s sixth theatre camp for children and young adults with intellectual and developmental disabilities.

“Tales from the Sea” followed a group of young explorers as they took a submarine trip beneath the ocean. Camp Director Erin Bentzinger, a recreational therapist in the MMI Department of Recreational Therapy, said this year’s camp included more than acting. “Building off the success of last spring’s ‘Theater 101’ show, this camp experience was developed with input from our performers,” she noted. Campers learned about the technical aspect of theatrical performances, and some helped set up lights and work the sound board. Others helped design scenery or assisted with scene changes. Those who enjoy the spotlight sang, acted and danced their way through a series of musical numbers.