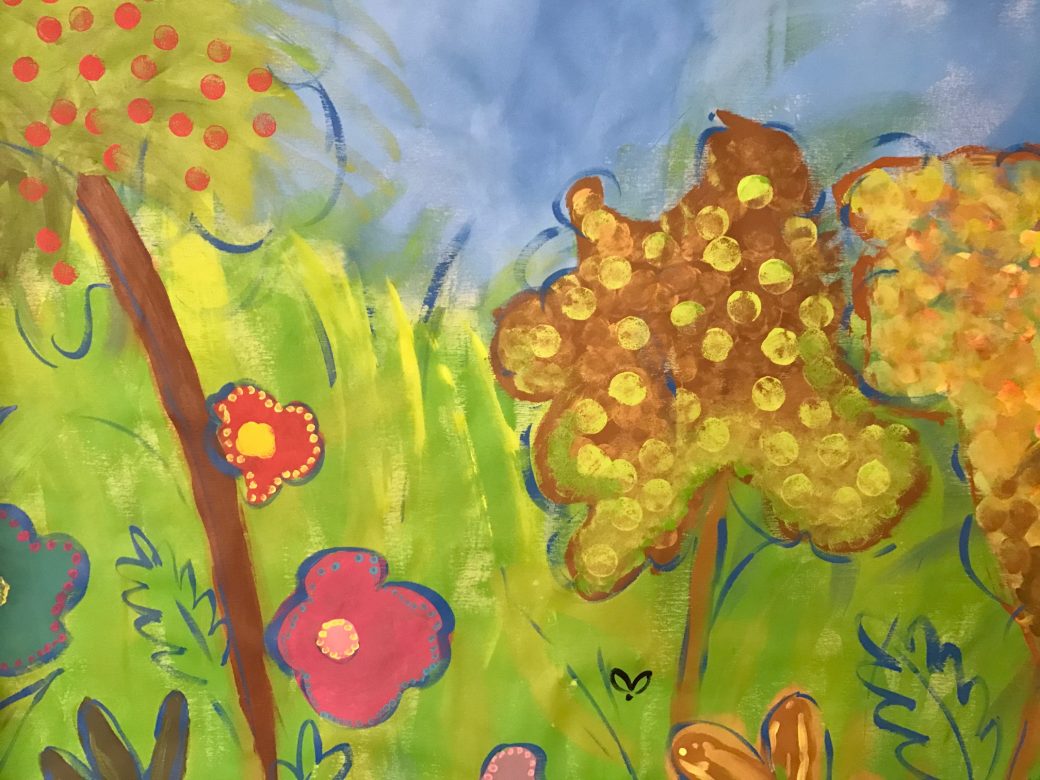 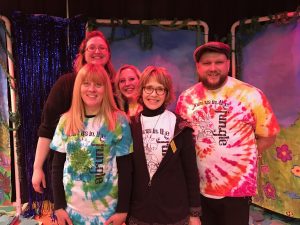 The WhyArts “Join Us in the Jungle” team.

In January 2017, WhyArts launched a new partnership with the Munroe-Meyer Institute (MMI) at the University of Nebraska Medical Center, a federally designated University Center of Excellence for Developmental Disabilities Education, Research and Service. MMI specializes in providing services and support for people with intellectual, developmental and/or genetic disorders. WhyArts is helping the MMI team create new visual and performing arts programming that enriches the lives of the individuals it serves.

First up was helping MMI host its first ever winter arts camp Jan. 4-6. The camp, “Join Us in the Jungle,” was inspired by “Giraffes Can’t Dance” and culminated in a live performance at the J.P. Lord School Jan. 6. In the book, Gerald the giraffe longs to dance, but his legs are too skinny, and his neck is too long. At the jungle dance, he’s jeered by warthogs who waltz, chimps who cha-cha and lions who tango until one little cricket sets everyone straight. “Everything makes music if you really want it to,” the cricket says.

“Arts stimulate our senses, engage us with our environment, form our personality and shape our human identity,” says MMI Director Dr. Karoly Mirnics. “The love for arts is deeply encoded in all of us. We recognize its healing power, and the partnership between WhyArts and the Munroe-Meyer Institute is both a natural and necessary one. As a result of this realization, we are jointly creating visual and performing arts programs to enrich the lives of individuals with intellectual and developmental disabilities. This is an ever-expanding, long-term partnership that will (in addition to its healing power) highlight that many atypically developing individuals are amazing artists, and we will work tirelessly to expand our joint initiatives.”