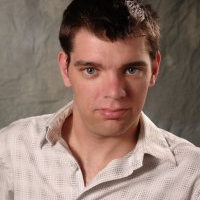 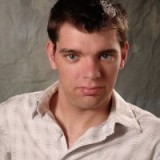 Mr. Sillau has served as a teacher, writer, director, actor, and/or producer. With an extensive background in Theatre for Youth, Fran has worked for both Lexington Children’s Theatre and Omaha Theater Company. Recently he was chosen as a 2008-2009, VSA Arts Teaching Artist Fellow

His most notable professional accomplishments however have been that of teacher and director. Fran has received project funds from both The John F. Kennedy Center for the Performing Arts and The National Endowment For The Arts. Currently Fran serves as a Arts Educator and facilitator for VSA Arts in Washington, D.C.

In 2004, Fran co-founded and served as artistic director for RUSTY HORSE PRODUCTIONS, an organization dedicated to bringing the arts to rural and economically disadvantaged communities. Under his leadership, the company has produced numerous productions and workshops for youth across southwest Iowa and Nebraska.

For Why Arts? Fran has conducted workshops at Munroe-Meyer, Vodec, Mosaic, South High School, and Omaha Public Schools among others. Fran was recently commissioned to write a play about disability called The Brass Ring. The play will be available to tour to venues this year.

Fran has the ability to use theatre as a tool to help every child, disabled or not to see the good and power within themselves.