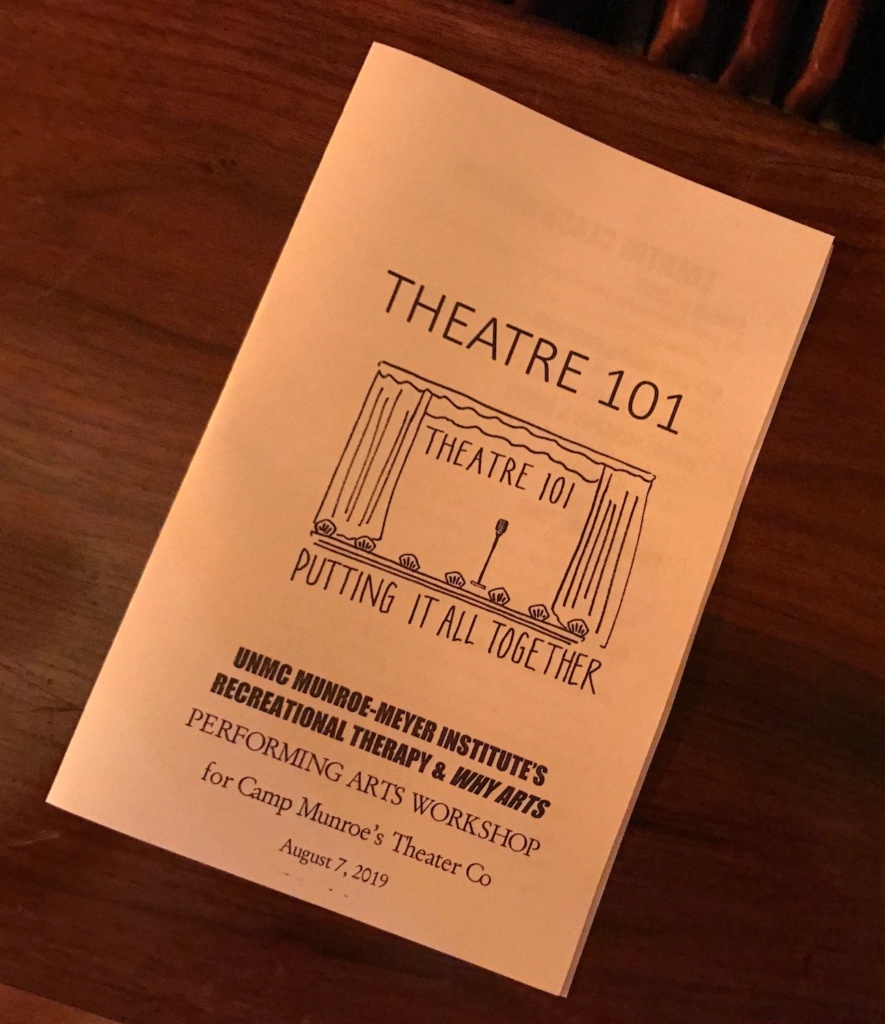 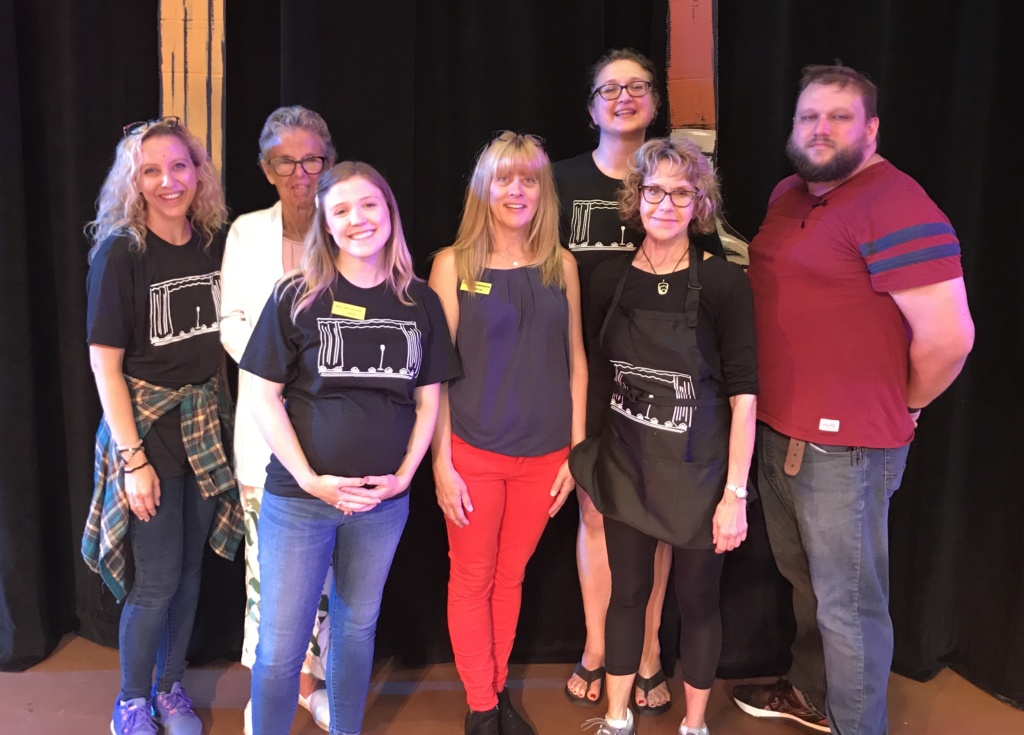 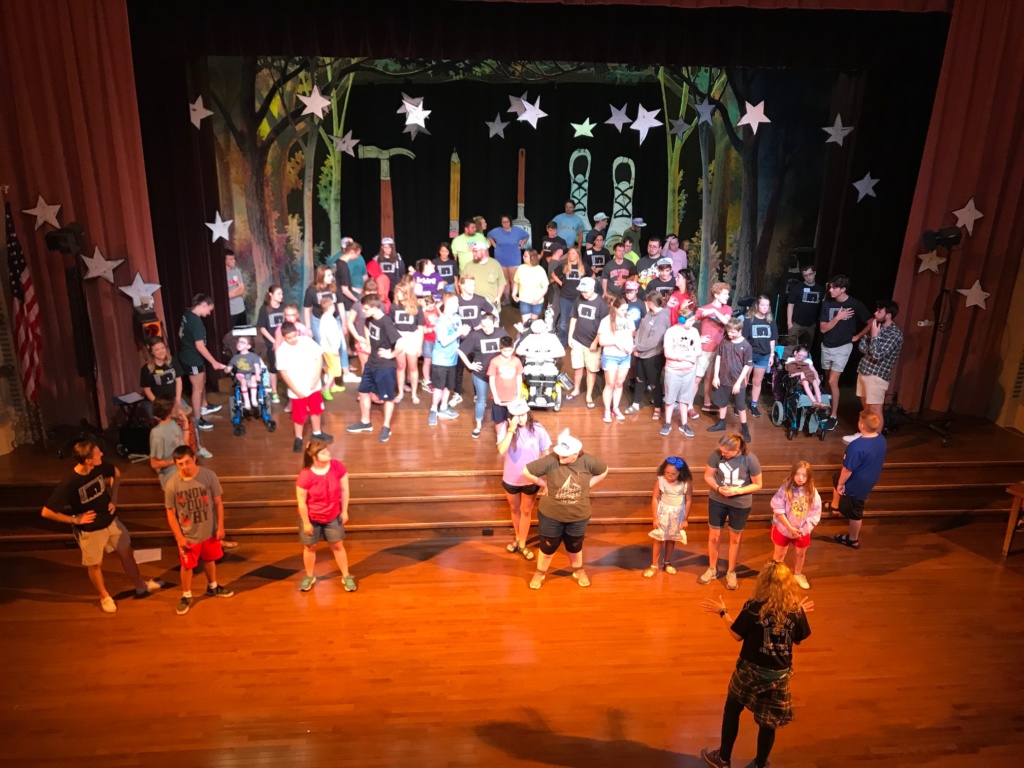 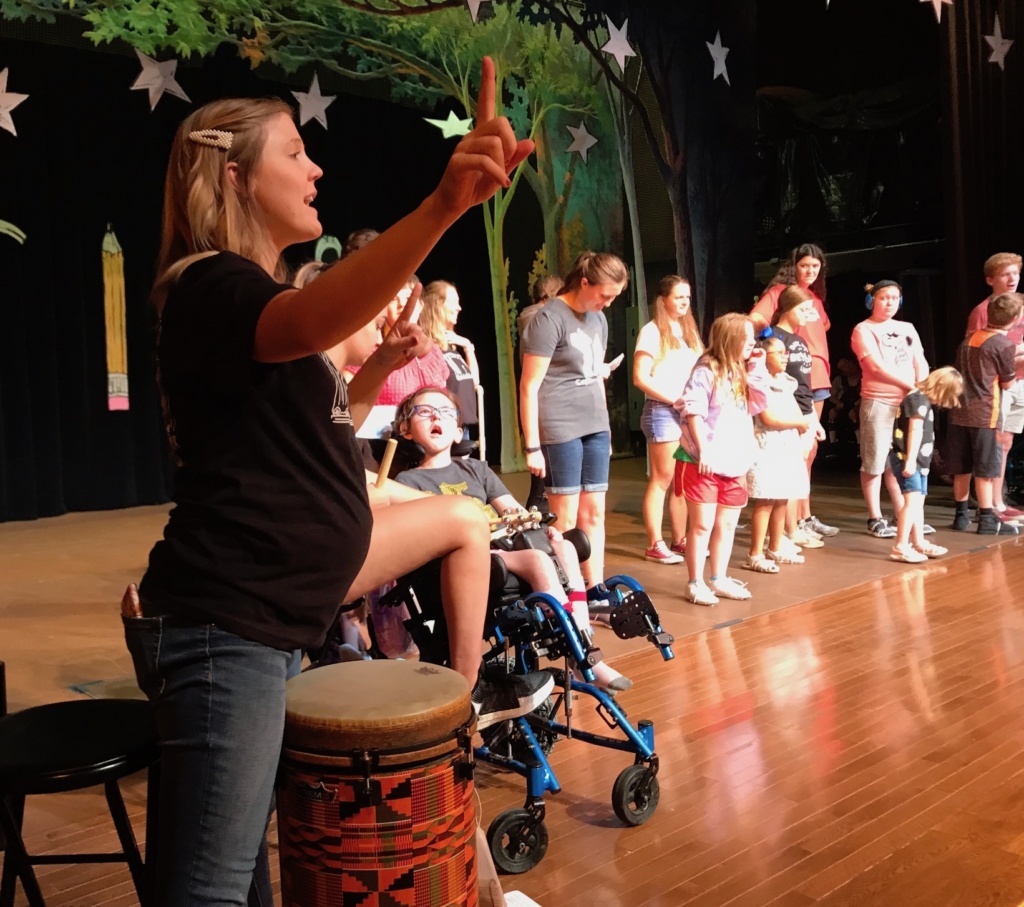 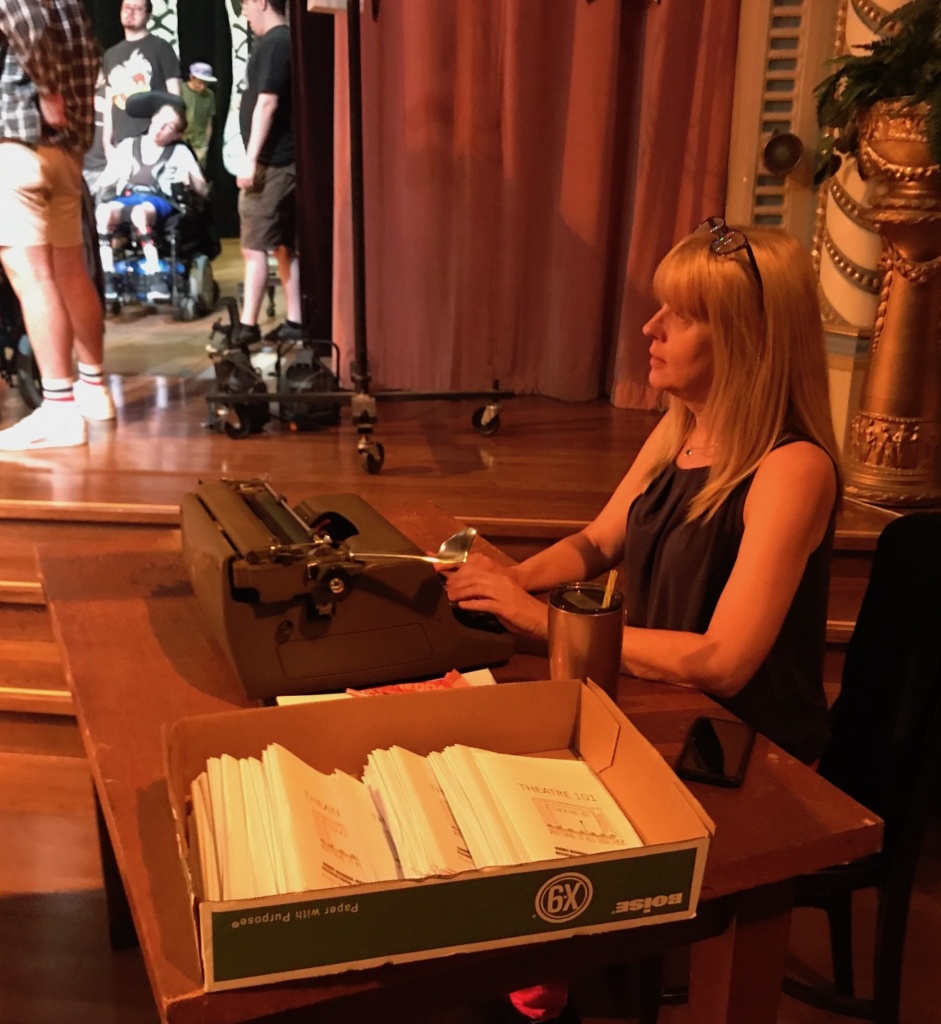 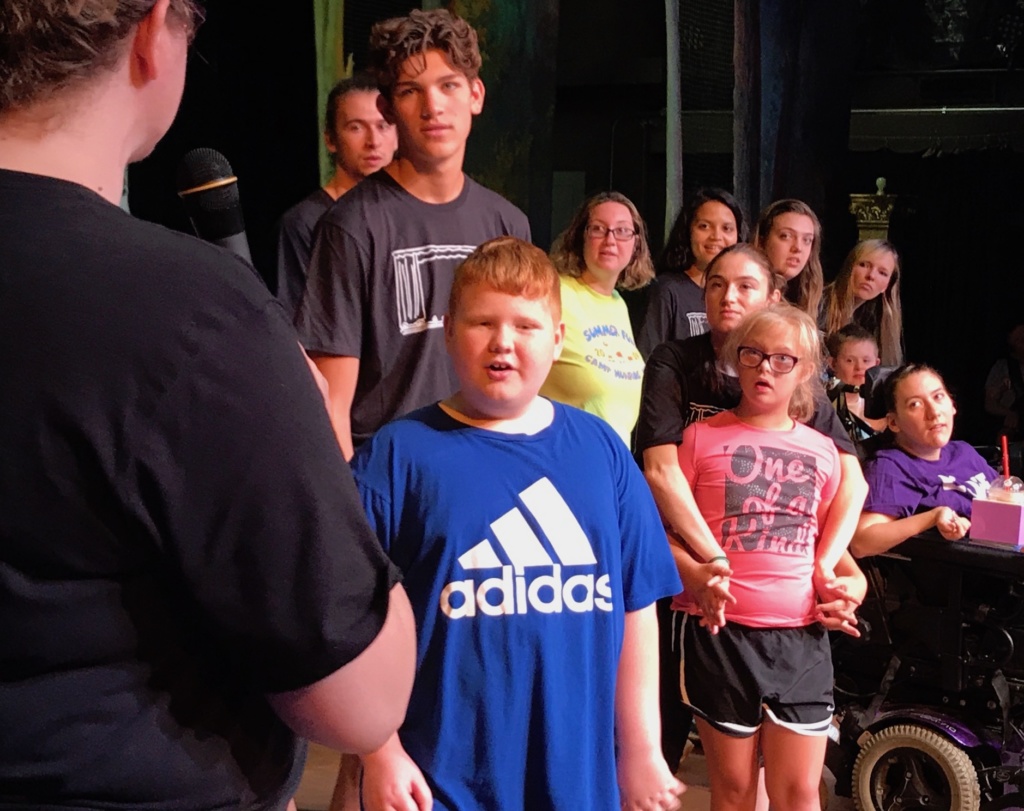 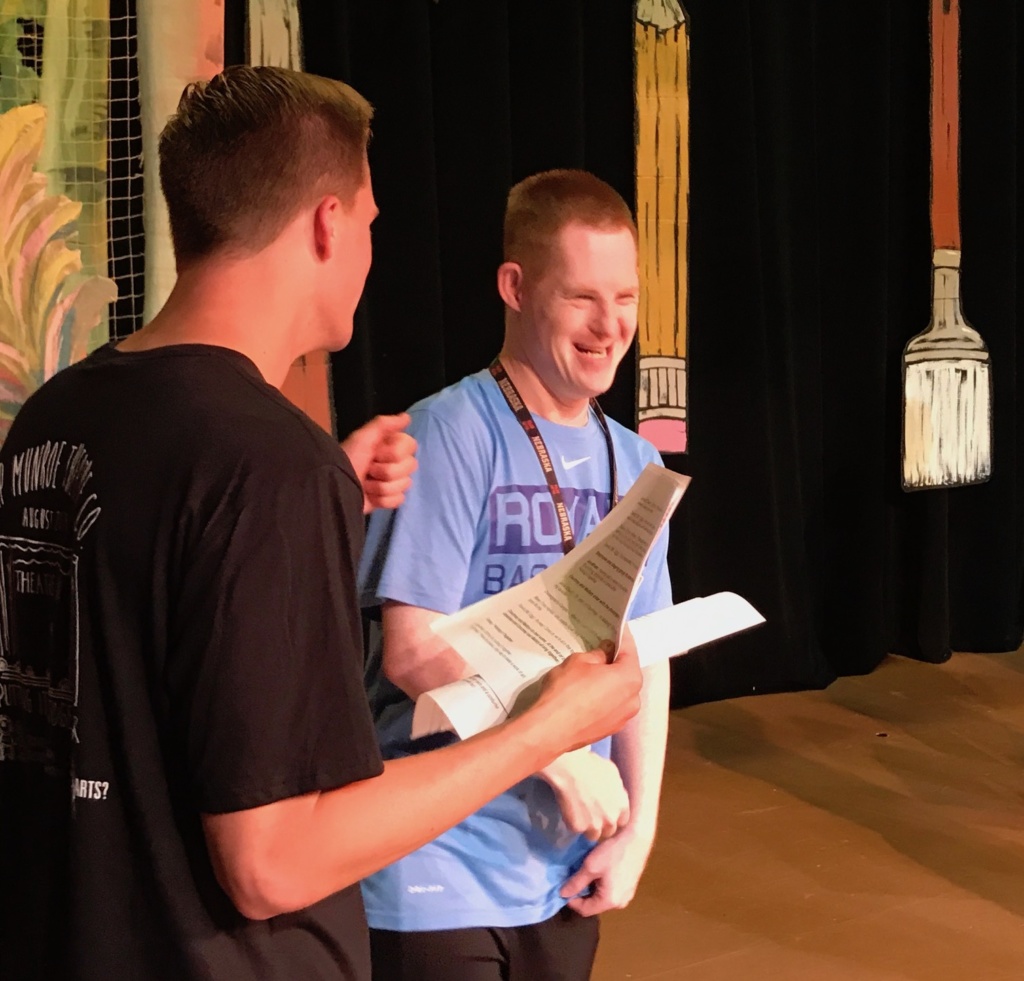 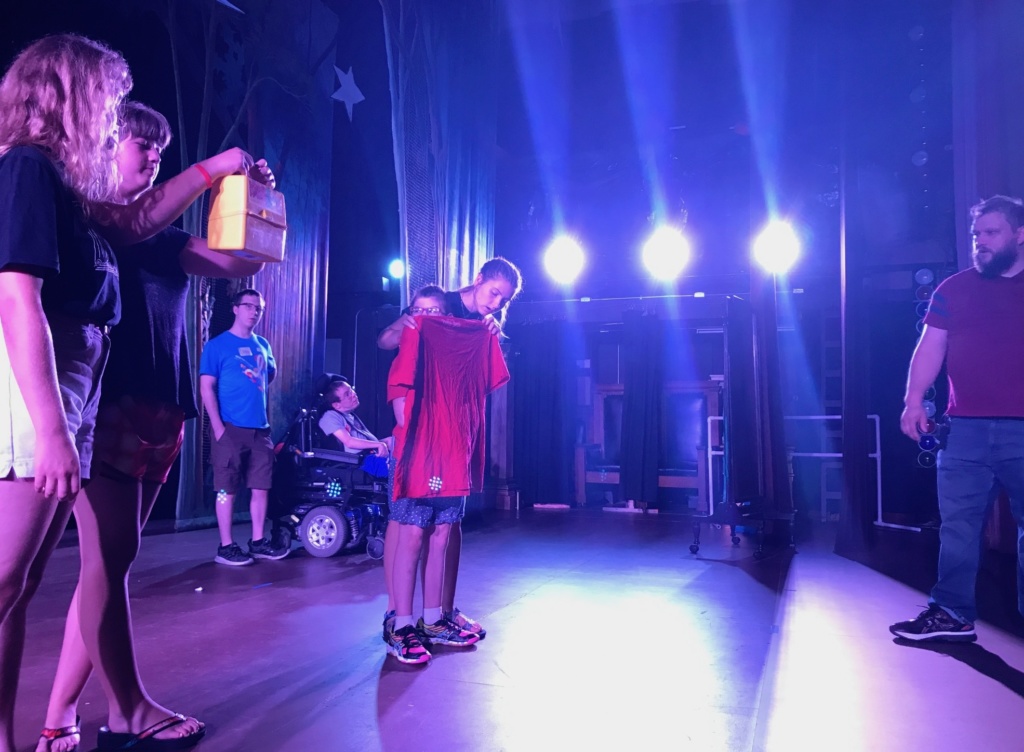 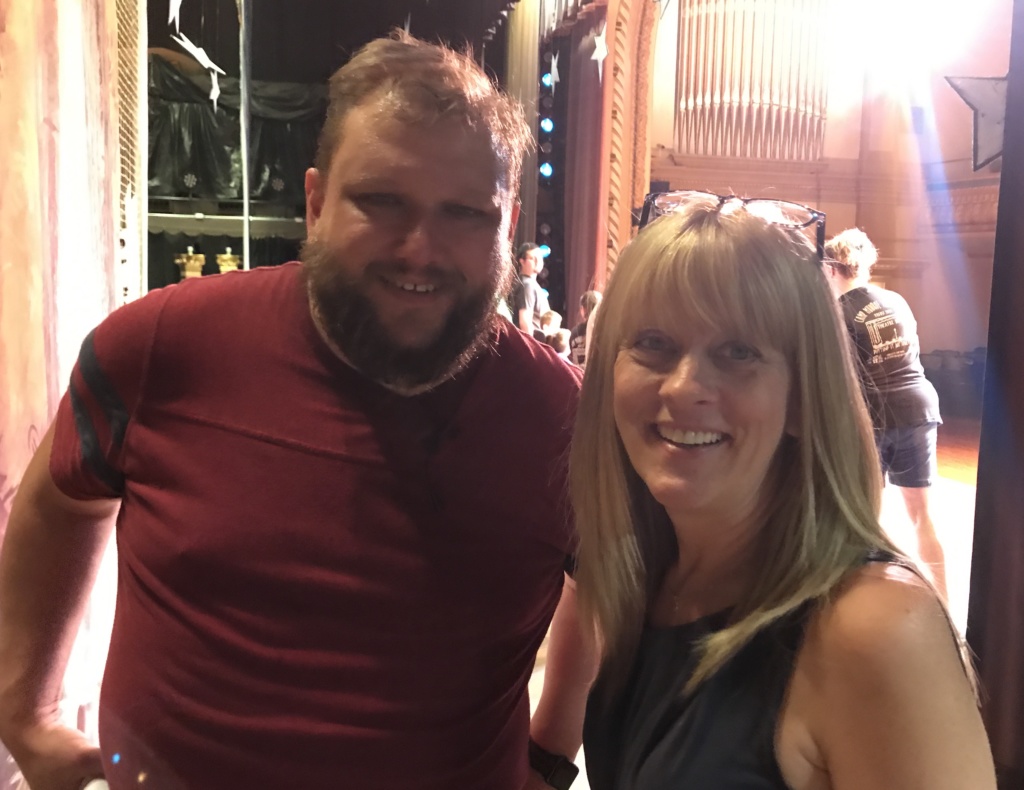 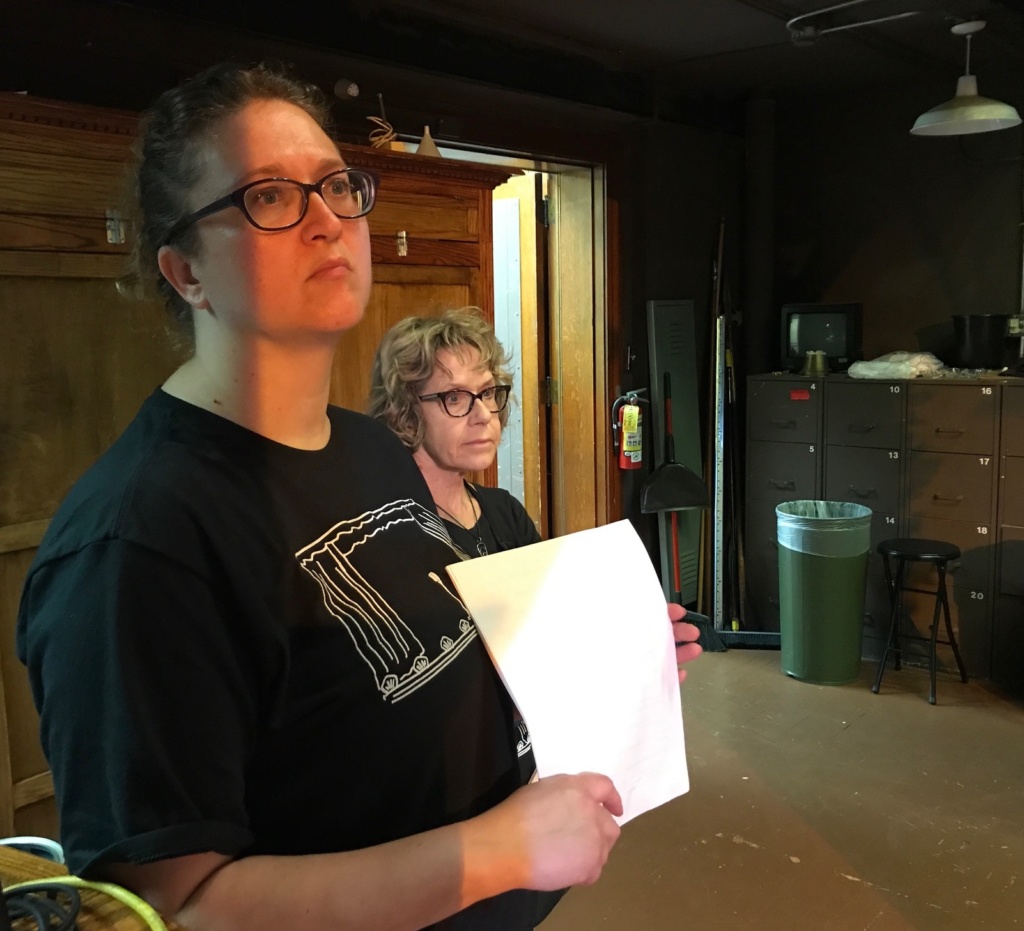 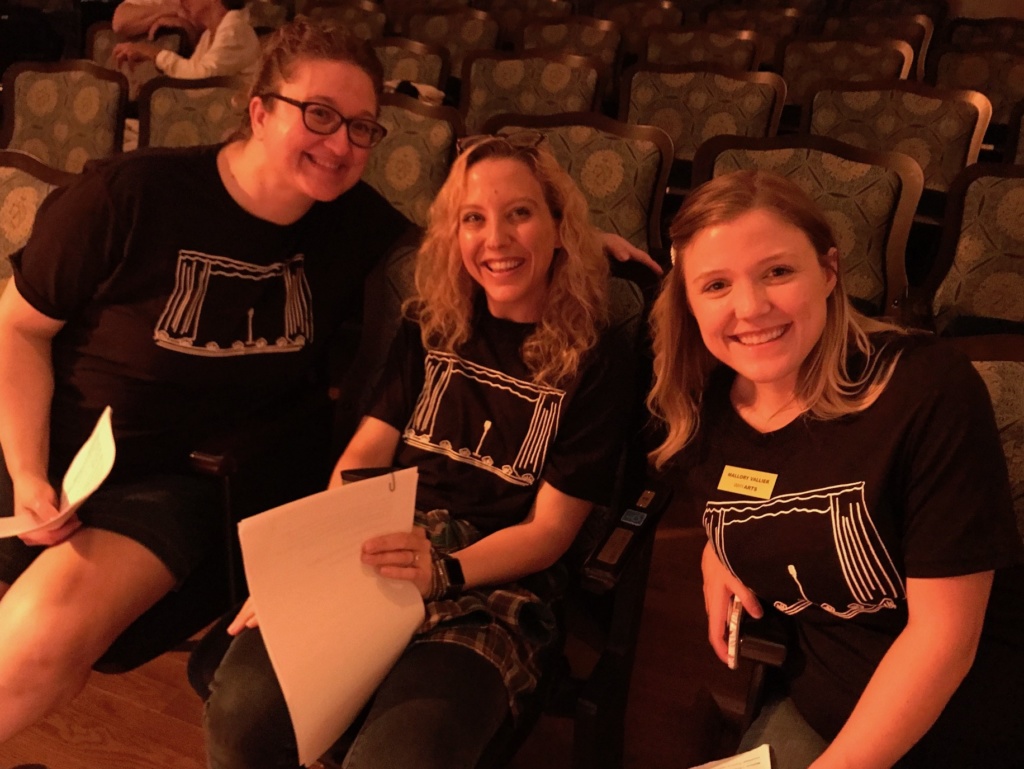 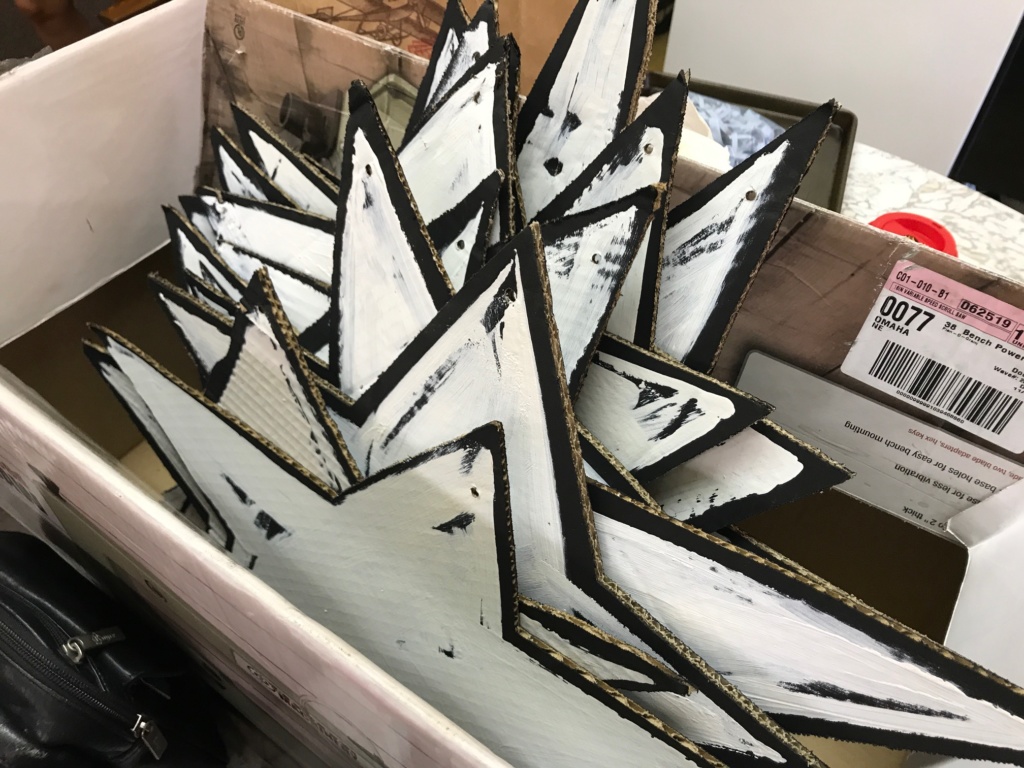 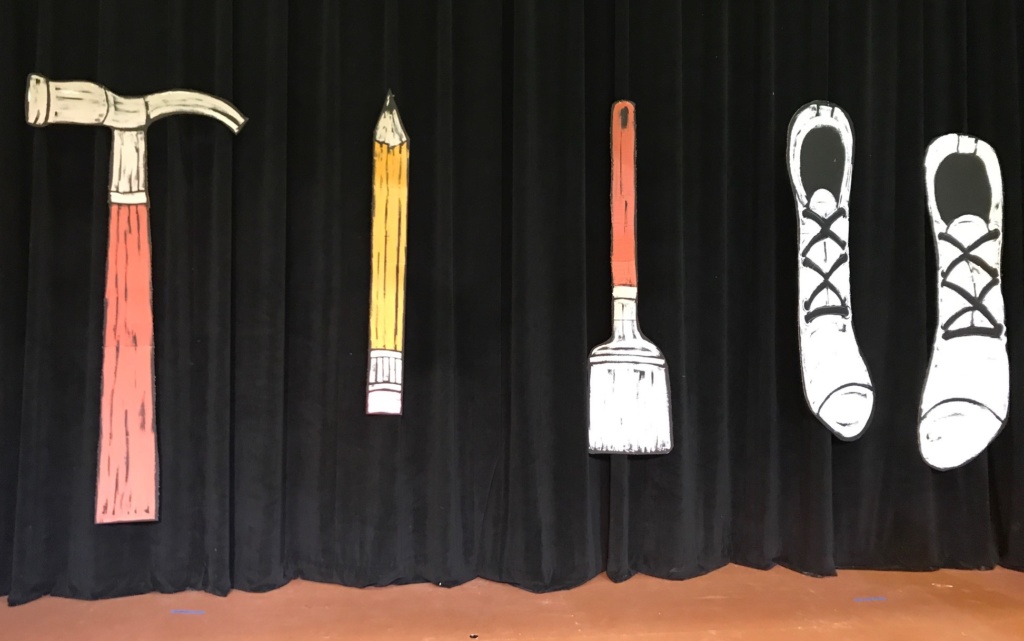 Who can put a show together in three days?

It’s something the UNMC Munroe-Meyer Institute’s Recreational Therapy Department does twice a year with help from WhyArts.

“One thing that really struck me is the growth of the campers,” said Anderson, one of the WhyArts teaching faculty’s theatre artists. “The majority of campers have been doing this for a few years, and it really shows. They know the drill! In particular, I was watching a girl who has always had a hard time focusing and doesn’t really relate to the other campers. She was absolutely fearless learning choreography for the finale. She still has trouble focusing and connecting with the other campers, but her self-confidence was amazing and not something I’ve seen in her in the past. She trusts us, and more importantly, trusts herself.”